LBNL Members Keep Up the Pressure for Mid-Year Raises

UPTE members at Lawrence Berkeley National Laboratory, led by Chapter 184 President Eduardo “Ed” de Ugarte, held an action at a technology unveiling event on October 12th to continue demanding that the Lab provide mid-year raises that were awarded to all non-Union employees. Congressperson Barbara Lee was in attendance and has committed to looking into this issue on UPTE’s behalf.

The Lab’s Chief Operations Officer committed to meet with UPTE after this action and Labor Relations “corrected” its earlier statement, admitting that the Lab had decided to withhold these raises from Union-represented staff – not the Department of Energy.

The Lab recently gave raises to UAW-represented Postdoctoral Researchers in an attempt to undermine a potential strike as their contract nears expiration. This flies in the face of their claim that they can’t offer raises to UPTE and deepens our commitment to continuing our fight for equity and justice.

Following Unfair Labor Practices filed by UPTE for Behavioral Health Clinicians and Systems Administrators over years of withheld raises, UC has proposed to pay out 2% raises in lieu of step increases that are owed to those joining the HX bargaining unit in January 2023. We expect this proposal will extend to future raises owed to any bargaining unit. This is a major victory for these workers who are fighting for fair pay scales as they join UPTE, as well as other titles who join UPTE in the future.

Led by UPTE Unit Representative, RN Case Manager Jacqueline Domingo, nearly every Case Manager stood up and spoke out for themselves as their patients. Case Managers at UCSD are committed to continue the fight until they secure a safe and effective workspace! 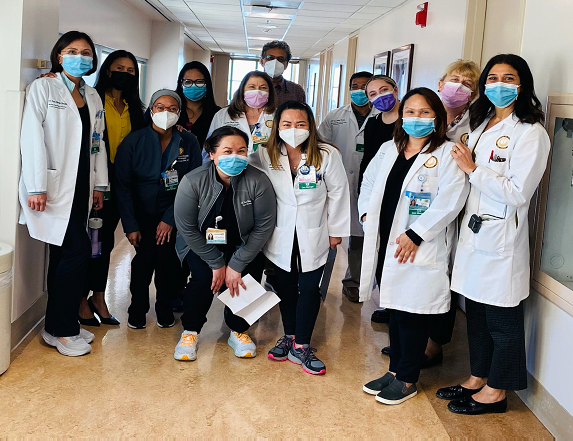 Remember to return your mail-in ballot for the November 8th election as soon as possible – please refer to this guide from the California Federation of Labor, which has Labor’s endorsements for statewide and local races.

Public Service Loan Forgiveness (PSLF) allows for any public service employee–from campuses to hospitals to state agencies and more–to have the entire balance of their student debt wiped away after meeting certain payment and eligibility requirements. Through October 31, 2022, that program is temporarily expanded to allow for broader and more extensive access, and to count payments toward forgiveness that previously would not have been counted.

UPTE members are among seven Part-Time Community College Faculty across California who have filed a lawsuit against eight districts. The suit demands back pay for unpaid hours spent preparing lessons, grading, and meeting with students. Read more at EdSource!

48,000 academic workers across UC are voting through November 2nd to authorize a historic strike. Their demands include fair pay, subsidies for public transit, support for working parents, job security, and more. Learn more about their campaign here!